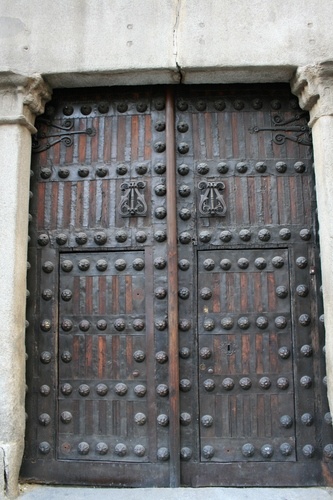 If you want to learn about Sepharad and Jewish Heritage in Spain, then Toledo, Segovia and Córdoba are Chapter 1, but Madrid reveals Chapter 2.

Jewish heritage in Madrid consists of historical references: names and places that appear in documents, and are, in most cases, evidences of conflict, violence and clandestine existence after expulsion. Invisible monuments, we call them: something that you can’t take a picture of. And yet, our lecturers can make the invisible monuments talk with a loud voice, turning the absence of Jewish monuments into a tangible expression of History.

If Jewish heritage in Toledo or Córdoba consists of well-preserved monuments that are evident testimonies of a first glorious chapter of peaceful coexistence and cultural splendor, it is also true that there is no better place in Spain than Madrid if you want explained the second chapter of the story: that of growing intolerance in late 13th century; that of 1391 pogrom; that of renewed harassment in late 15th century; that of expulsion; that of clandestine Judaism; and that of Inquisition.

And after dark 16th and 17th centuries, would then come a hopeful third chapter: the progressive neutralization of the Inquisition during 18th century until its final dissolution after the Peninsular War; the “civil right movement” of the “chuetas” and the successful claim of Rafael Cortès; the establishment of small Jewish community among the English and French who settled in Madrid during 18th century; the rediscovery of Sephardic culture by a Spanish Intelligentsia; the great Spanish writers conscious of their Jewish origins (and, in some cases, of their return to Judaism) in 19th and 20th century; the role of a brave bunch of heroes who helped thousands of Jews out of Nazi-held Europe through the Spain of Franco; and the return of Sephardic Jews from the Balkans, North Africa and South-America in moments of 20th century, founding the current Jewish community in Madrid.

This fascinating history can be tracked all over the city, gathering here and there all the pieces of the puzzle: it would start near the Royal Palace, where the two only credited Jewries can be located; it would continue around the main monuments of Habsburg Madrid (like the Plaza Mayor, the Descalzas Convent or the San Ginés Church); we would follow around the Puerta del Sol, heart of 19th century Madrid; collect further evidences in the Real Academia and the Prado Museum; resume our walk in Barrio de Salamanca; and review 20th century for Jewish culture at the Thyssen Museum or the Reina Sofía from an art perspective.

The story line of this 10am-7pm tour would have give us the chance learn more about Sepharad and the Jewish cultural and historical legacy in Madrid, as well as the explore historical city center of Madrid and three must-see landmarks: the Prado Museum, the Thyssen Museum and the Reina Sofía Museum.

If you wish more information about our private guided tour through Madrid’s Jewish past, fill the form and we will contact you. .