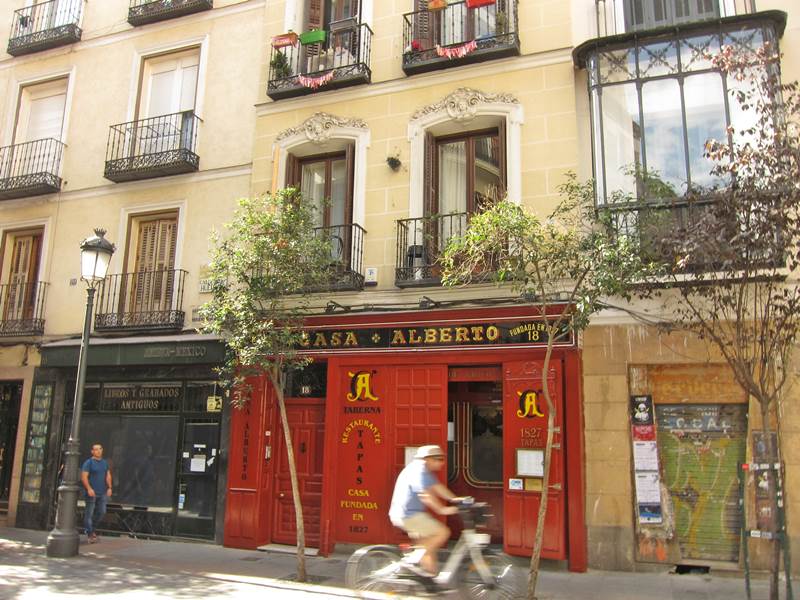 From its very origins in 16th century, the “Barrio de las Letras” (literally, “Neighborhood of Letters”) was associated with theater and related activities. Golden Age writers fixed their residences around the theaters where they expected to achieve success and passed their time in taverns, botillerías and cafés. In due time, these attracted bullfighters, flamenco tablaos appeared, and then café concerts. The Teatro de la Zarzuela (the temple of Spanish operette) and other popular lyric theaters settled in the area. Finally, jazz, rhythm & blues and cancion de autor became the neighborhood’s soundtrack in late 20th century, just as “Las Letras” picturesque atmosphere was immortalized in some of Spanish most celebrated films before and after year 2000.

If you wish a private guided tour of Madrid’s neighborhood of Salamanca-Recoletos, fill the form and we will contact you. We recommend one hour and a half.

← Justice around Chueca: an area of contrasts 18th century at Thyssen: from dawn to dusk →