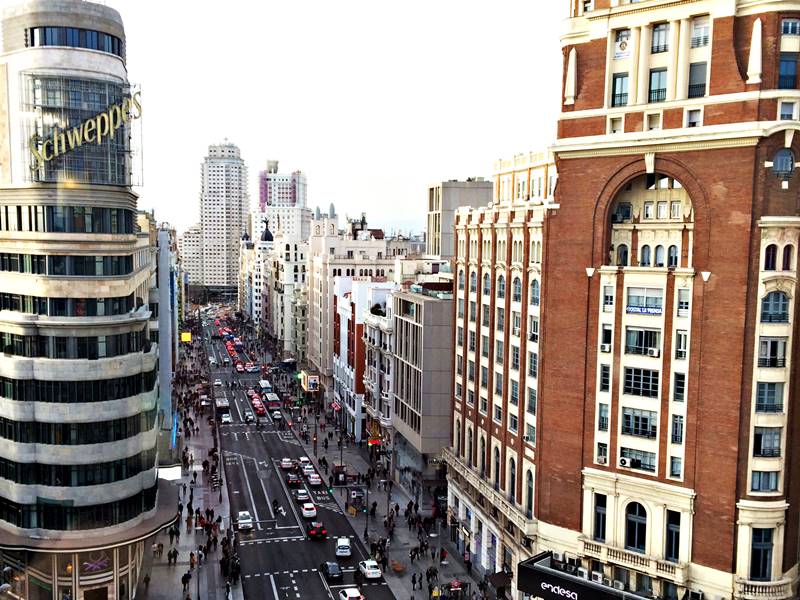 Madrid Original ® suggests a 2 hours private walking guided tour along the Gran Vía. The Gran Vía is like an open-air museum of Spanish architecture from 1912 to 1959, when the city wished to become modern and started to look for inspiration in such different place as Paris, London or Chicago. The evolution of architecture as the Gran Vía was being erected and advanced from west to east, ran parallel to the evolution of Spanish history.

New styles and new sorts of buildings reflected the change of a society, starting to adopt industrialization, capitalism and mass-culture. We will clearly notice how the Spanish Civil War also affected to Gran Vía: there is a neat fracture in style from Republican Gran Vía to Franco’s come back to nostalgic styles of a Imperial Spain.

Learn Spanish History and Architecture by walking up our most famous street!

To book this private guided tour of Madrid’s Gran Vía with Madrid Original®, please fill the form, we will contact you. We recommend a two hours guided tour.

← Picasso’s Guernica in context at Reina Sofía Museum UNESCO World Heritage: Prado Promenade since with the Age of Enlightenment →