1 day in Madrid with Washington Irving 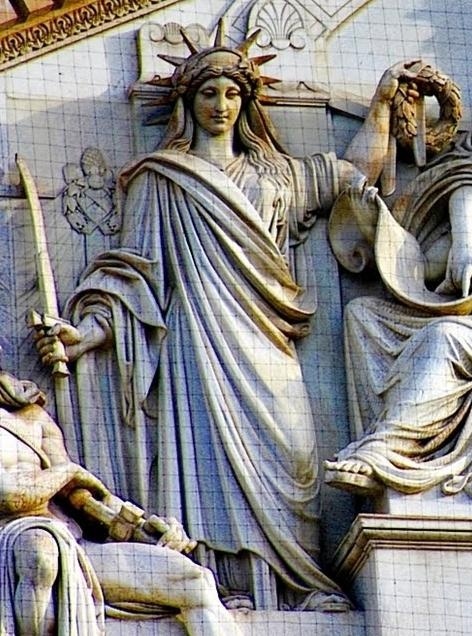 Washington Irving (1783-1859), the author of « The legend of Sleepy Hollow » and « Knickerbocker’s History of New York» is best known in Spain for his « Tales of the Alhambra ». Few people know, though, that he was the American ambassador in Madrid from 1842 until 1846, a period of political turmoil and crucial sociologic and economic transformation. Do you want to see Madrid through Washington Irving’s eyes? Be guided by us.

Washington Irving’s walk in 1842 would start at some of the places that reminded him of his previous stay in Madrid, during the 1820’s. The Fuentecilla, Toledo Gate and Pirámides Circus would appear to him as evidences of the king’s refusal to admit the decadence of a country exhausted by 34 years of intermittent wars and the loss of most of the Empire after Latin-American Wars of Independence.

Nothing would compare Irving’s dismay at the sight of the Palace of El Pardo : that impressive 400 years old site of history, Ferdinand VII dearest place, was now abandoned by his daughter Isabella. Symbolically, absolutism had been locked in it, and Ferdinand VII reforms of the building now seemed as the last note of the musical elegy of the Old Regime.

Back to Madrid, Irving would resume his nostalgic walk by the Manzanares. A long series of landmarks (King’s Bridge, Gardens of “Campo del Moro”, Senate, Royal Theatre, San Ginés, Palacio Gaviria, Plaza Mayor, Puerta del Sol, Pasaje Matheu) would remind him the events of the previous 35 years: Napoleonic Peninsular War, a short constitutionalist regime, return to absolutism, pre-civil war conflicts during the 1820’s, loss of Spanish America, Carlist Wars, “Desamortización” (expropriation of churches by the liberals), construction of the liberal regime, decadence of old aristocracy, rise of a new financial aristocracy, politics tutored by the Army, recurrent coups-d’état, shy introduction of Industrial Revolution … all crucial aspects that would even shape Spain in the 20th century.

His steps lead him to the new attraction in town: Casa Lhardy, a French restaurant opened in 1839. A true and delicious novelty!

After lunch, he would walk to the Congress of Deputies. There he would expect to meet with deputies and ministers of the cabinet. The building epitomized all the political changes of the previous decade: the shift from absolutism to liberal parliamentary system.

Avid for culture, he would knock at the door of portraitist Madrazo and buy some tickets at the Liceo Artístico y Musical on his way to the Retiro. A walk in the Retiro Park would restaure the cheerful spirit of Irving, who was increasingly disappointed with politics, and had but somber expectations of his mission in Spain. The Retiro Park was (as is today) a place where nature and history had worked together. It was a beautiful park (former Royal Gardens) and a space for social life.

The story line of this 10am-7pm tour would have provided us with the opportunity to see and understand Spain during the first half of 19th century, as well as the historical city center of Madrid and two must-see landmarks: the Palace of El Pardo and the Retiro.

If you wish more information about our private guided tour through Washington Irving’s Madrid, fill the form and we will contact you.

I'm interested in "1 day in Madrid with Washington Irving"