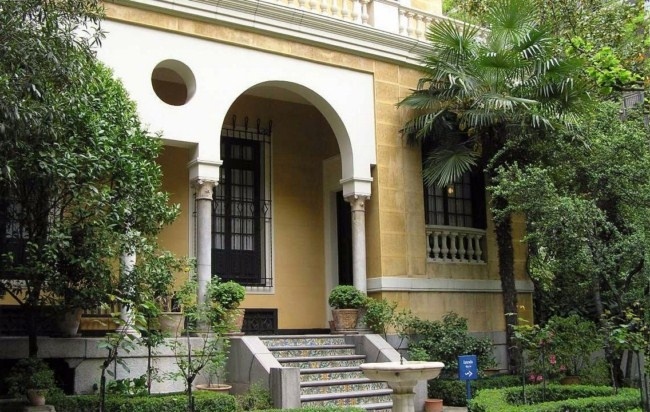 John Singer Sargent (1856-1925), the successful American portraitist, was actually born in Europe, and, Spain can claim to have had a share in his artistic training. Indeed, Sargent was particularly fond of Madrid, a city he visited at least five times from 1879 until 1912. It will be fun to live a typical Sargent day in Madrid.

The Prado would have been Sargent’s first course in Madrid. For a whole morning, we will follow his steps from one room to the other. We will stop by the masterpieces he liked: the Italian Renaissance masters, Durer, Antonio Moro, Rubens, Van Dyck, Bourdon, Rigaud, Van Loo, Ranc, Mengs, Batoni, Reynolds, Gainsborough, Lawrence, Raeburn,…

We will then see him pay tribute to Velázquez, confirm his admiration for Goya, and discover El Greco.

Later he would visit his contemporaries. Instead of visiting them at the National Fine Arts Exhibition (as he would have done then), we will now find their masterpieces at the Prado. Alma-Tadema, Paul Baudry, Mariano Fortuny, Raimundo de Madrazo and Martín Rico were among his acquaintances in Paris. He would certainly like to see them among classics.

After lunch at the Palace Rotunda, he would pay a visit to the Duke and Duchess of Villahermosa , whose collection is now replaced by that of Hans-Heinrich and Carmen Thyssen. Former Palace of Villahermosa now houses this extraordinary museum, where again we will find some of Sargent’s favourite artists (Ghirlandaio, Sebastiano del Piombo, Palma, Van Dyck, Franz Hals, Batoni, Natier, Lawrence) and the surprise of an amazing collection of American artists that he admired (Gilbert Stuart, John Singleton Copley, Thomas Cole, Asher B. Durand, Winslow Homer, William Merritt Chase,…) and a couple of his own paintings.

After that, hew would visit some of the recent architectural novelties of fashionable Recoletos Avenue and Serrano Street: Bank of Spain, Palace of Communication, Palace of Linares, National Palace of Libraries and Museums, and dozens of private palaces in Castellana Avenue.

Late in the evening, he would visit his friend Joaquín Sorolla. His house is now a Museum, where some of his masterpieces are shown amidst fine furniture and personal objects. The parallelism between Sorolla and Sargent would be so evident, that we will soon understand the reason of their friendship.

The story line of this 10am-7pm tour would have give us the chance to see and understand 1879-1912 Spain, as well as the historical city center of Madrid and three must-see landmarks: the Prado Museum, the Thyssen Museum and the Sorolla Museum.

If you wish information on this private guided full-day tour through John Singer Sargent’s Madrid, fill the form and we will contact you. .

I'm interested in "1 day in Madrid with John Singer Sargent"